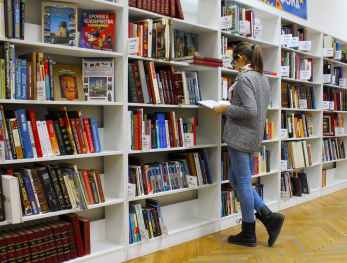 The question of what is ‘universality’ in the context of human rights is a gripping one. The spirit of inclusiveness and universality permeates the wording of the rights enshrined in the Universal Declaration of Human Rights. The fact that the preamble to the Declaration gives recognition to the inherent dignity and inalienable rights of all members of the human family alludes to the conception of human rights expressed by the academic Pogge as ‘moral concerns that ought to be respected by all human agents irrespective of their particular culture , religion, moral tradition or philosophy.’

The pertinent question to be asked is whether moral claims such as the right to life , liberty and security ( Article 3 in the Declaration) are respected universally in a way that transcends the social, legal  and political composition of a nation State. Although Pogge describes the idea of conformity with human rights as a moral requirement of any legal order, the reality is that such moral norms may not always be institutionalized or given the force of law by sovereign states that engage in the use of torture or arbitrary arrest of their citizens. In tracing the origins of genocide and and crimes against humanity, the international human rights lawyer, Philippe  Sands, notes that the use of the terms, crimes of genocide and crimes against humanity, were used for the first time in 1945, in the indictment of Nazi officials like Hans Frank, at the Nuremberg trials. Yet years after crimes such as genocide were formally recognized by global institutions such as the United Nations ( The Convention on the Prevention and Punishment of the Crime of Genocide 1948), thousands of Bosniak men and boys were murdered in Srebenica in what is described by the academic  Preece as the ‘Srebenica massacre’. Preece notes that this massacre raised questions about the role of international society in protecting persons belonging to minorities.

Would achieving universality in the context of recognizing and protecting human rights be conceivable and achievable by adopting a justificatory form of minimalism? Cohen proposes that human rights norms be  understood as norms associated with an idea of ‘membership or inclusion in an organised political society.’ Could ‘a common standard of achievement for all peoples and all actions’ as stated in the Declaration be the basis for the standards that political societies adhere to in the way they treat individuals and groups of people? If, as Cohen argues ,’human rights are to apply to all as basic demands of social and political arrangements , they have to be acceptable to all.’ The difficulty here is determining which rights, apart form the most fundamental rights to life, liberty and security stated in the declaration, satisfy the minimalist threshold for inclusion in a political society.

The problem with the minimalist approach to human rights guarantees , notes Eva Brems, is that it ‘appears to push the borderline downwards’ providing only minimal human rights protection. For instance, the right of peaceful assembly, enshrined in Article 21 of the International Covenant on Civil and Political Rights which states that ‘no restrictions may be placed on the exercise of this right other than those imposed in conformity with the law and which are necessary in a democratic society’ has been subject to diverse interpretations by different political societies. Singapore, for instance, has strict legislative codes prohibiting public assembly for the purposes of advocating one’s political views under certain circumstances. Prior police approval must be obtained to gather at the Speaker’s Corner to voice one’s concerns about social and political matters. The question that is posed here is whether excessively restrictive state laws on , for instance, the right of peaceful assembly act to not only push the borderline downwards but to extinguish the very right that the law’s of a state are supposed to protect.