I would agree that the  definitional problems surrounding the category of ‘Terrorism’ continue to impede our understanding of violence per se.

For instance, the US State Department’s Office of the Coordinator for Counter Terrorism defines terrorism as:

Such definitions of Terrorism curiously omit any reference to State involvement or authorship of acts of terror perpetrated against citizens of a State or other groups of people.

Blakeley notes Chomsky’s insightful perspective that ‘the US government takes a propagandistic approach  that focuses solely on actors seen as antithetical to US interests.’ ( Blakeley, p. 230) .

Additionally, Terrorism experts such as Wilkinson fail to make reference to the ‘extensive terrorism used by right- wing States that during the Cold war sought to repress left-wing movements across Latin America, often with US backing’( Blakeley, pp. 229-230).

What becomes increasingly evident is the blurring of the distinction between victim and perpetrator of terroristic acts. It is arguable that the process of social constructivism contributes to an ‘inbuilt assumption’ among writers like Wlkinson that ‘Northern democracies are primarily victims and not perpetrators of terrorism.’ ( Blakeley, p. 230)

Consider Wilkinson’s definition of terrorism that it is ‘premeditated and aims to create a climate of fear or terror; it is directed at a wider audience or target than the immediate audience victims of violence; it inherently involves attacks on random and symbolic targets, including civilians.’ ( Blakeley , p.229).

A common thread that appears to run through such definitions of Terrorism is the idea that  ‘violence is targeted against civilians, non combatants or innocents’.  ( Dexter, p.122).

As such, it is submitted that there is  nothing to prevent States from being labelled as Terrorists as well, since ‘a bomb planted in a public place where civilians are likely to be randomly killed, and that is aimed at causing widespread terror in an audience for political reason, is an act of terrorism regardless of whether it is planted by non-State actors or State agents.’ ( Jackson , p. 383) .

Thus the concept of  ‘Terrorism’ as having a distinct ontological basis distinguishable from other forms of violence such as war is increasingly blurred by what appears to be political motivations of States guided by their own vested interests to achieve specific political objectives.

Jackson  argues for the inclusion within the definition of Terrorism ‘the terror bombing of civilian areas during wartime to intimidate the population into submission or terrify them into putting pressure on their leaders’  (Jackson, p. 384).

Jackson cites examples of the ‘widespread targeting of civilian areas in Israel’s bombing of South Lebanon and Nato’s bombing of civilian targets during the 1999 Kosovo campaign’ ( Jackson, p.384) as examples of Terrorism, but more contemporary examples would include the Syrian and Russian destruction of hospitals and the use of chemical agents in places like Ghouta resulting in the indiscriminate killings of innocent civilians.

I am inclined to agree with Jackson  that these events are essentially ‘cases of frightening one group of people in order to produce a political change in another, which is the essence of terrorism.’ (Jackson, p. 384).

Jackson goes on to mention a number of States that continue to use various forms of political violence ‘to intimidate and terrorise opponents and enforce compliance to State rule’ , States such as  Zimbabwe, Myanmar, Uzbekistan, Kashmir, Palestine, Chechnya, Tibet, North Korea, Indonesia, the Philippines and Sudan. ( Jackson, p. 385).

It can hardly be argued that the State’s use of terroristic violence to intimidate its population is in some way distinct and different from violence used by non- State actors. The fact that many States wield a monopoly over the use of violence against its population  and ‘may have access to more destructive means of violence … does not mean that the violence is qualitatively different.( Jackson, p.384).

It is difficult to justify the use of such State violence as legitimate and normatively guided since the end result remains the production of fear and intimidation of populations through the use of an instrumentalist form of violence.

The question of whether Terrorism should be defined with reference to its actions or actor, tactic or ideology is further explored by Dexter who highlights the unifying theme amongst the many definitions of terrorism as the use of ‘terroristic violence directed against civilians , non-combatant or the innocent.’ ( Dexter, p.124)

This definitional approach raises further semantic issues raised by Dexter who asserts that ‘those who define terrorism as the targeting of innocent civilians must then consider whether ‘other’ violence can be easily categorised as violence that targets only the guilty – those deserving violence.’ ( Dexter,p. 125) .

Such issues will require further analysis of questions  such as ‘ who possesses the right to judge innocence? Whose lives may be legitimately ended?’ ( Dexter, p. 125). One undoubtedly then faces the ambiguity underlying  the moral concept of the terms ‘civilian’, ‘victim’ and ‘perpetrator’.

The image below show the remains of Malaysian Airline MH 17 shot down over rebel occupied Eastern Ukraine by a Russian made missile, killing 298 people on board. This terrorist attack occured shortly after I returned from London to Singapore  on a flight that took a similar flight path over Ukraine. 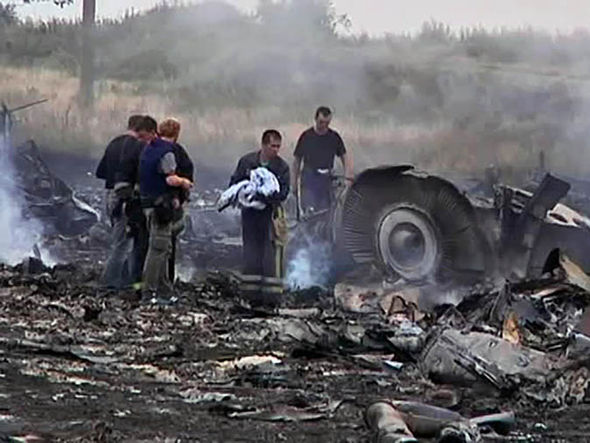